Knowing your flights arrival time in a visiting city is not enough. Sometimes you have to account for the time it would take to get to your destination from the airport. You could have an important meeting and you would need to know a close to exact time for colleagues to expect you to arrive, for said meeting to have a start time. That is why the distance from King Shaka Airport to Durban and surrounding areas are so important, as an estimation can be calculated.

The distance from King Shaka Airport to Durban

The distance from King Shaka Airport to Durban is just one end of the equation even though it does present a base to figure out a general time frame.

These times provide a general figure and should not be strictly relied on as there would be other factors to take into account such as traffic congestion. Also the distances are for getting from King Shaka Airport to Durban City. Although this is where the main action in Durban is, smaller towns like Umhlanga and Ballito are highly visited spots within Durban and are closer to the airport. 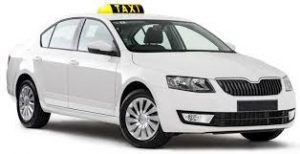 Your best bet would be to make use of a taxi service to get to your destination from King Shaka Airport so as to ensure that you would pitch up on time. Taxi services at King Shaka Airport provide timely drop offs because their drivers are very familiar with the area, time and distance from Durban to King Shaka Airport and vice versa. The distance is important when calculating the rates in taxi fares. Obviously, the longer the distance, the higher the fees. They also keep themselves updated on traffic on the different routes and will be able to take alternative routes if one poses a problem such as a vehicle collision bringing traffic to a standstill. Taxi providers will ferry their customer from King Shaka Airport right to the address of the destination. They are extremely beneficial to people who are visiting Durban for the first time who do not know the layout of the airport and would need to navigate around by themselves. Taxi drivers will meet their customers outside of the arrivals waiting gate or outside the terminals building, whichever is agreed upon during the booking. For this method, the booking would have to be done in advance and the online option provides the most flexibility. A taxi driver can also be hailed upon arrival at King Shaka Airport though this would mean dealing with payment and such directly after landing which many people prefer not to do. 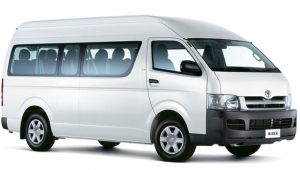 If you are a frequent traveller to Durban then hiring out a vehicle for your own use would be the perfect fit for travelling within the city. The distance from Durban to King Shaka Airport or vice versa can be covered by yourself. Try and book your flight to land or take off during non-peak hours. Even half an hour before the morning or afternoon rush can save a lot of time sitting in traffic, wasting a lot of fuel. By going with this option, passengers will have to set a few minutes aside at the airport to complete the process of renting out their vehicle. This will go much quicker if the booking had been confirmed online with only the identification and admin details to complete on site at the branch. Of course car rental can be done all over Durban but having it done at one of the many car hire Durban airport companies provides the comfort of knowing that you would have a vehicle upon landing.

Getting back to the Airport

Taxis or car hire at Durban airport can be used to cover the distance from Durban to King Shaka Airport. Taxis provide a reliable means of getting back to the airport if you do not have a driver’s license. It takes half an hour on average to make the distance from Durban to King Shaka Airport. If you would be worried about having enough of time for the lines at the check-in counters and to make the boarding gates, then you should probably go with a taxi service so that you will not have to deal with the admin of returning the rental car. 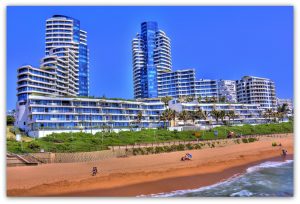