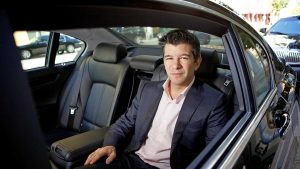 Flying into Durban is just the first step in your journey to the city. The second would be to find reliable means of getting from the airport to your destination and other point to point transfer during your time in Durban. Some of the ways in which a passenger can leave the King Shaka International Airport is by a shuttle service, rent out a car at the airport, be picked up by a friend or to simply just take a taxi. Each has its own pros and cons. With the car hire Durban choice, you would have constant and immediate access to a vehicle to drive around whenever you want to go somewhere. If you go with this choice though, you would have to go through the process of booking a car, be responsible for the vehicle and not to mention, it cannot be chosen if you do not know how to drive. To be picked up, you would need to know someone in Durban and then have them at the airport in time. With a King Shaka Airport taxi you would be able to hail a taxi on site or reserve one in advance. So if you do not have a driving license and also not know anyone in the area to arrange for a pick-up, a King Shaka Airport taxi is ideal for you to immediately get into and be off to your hotel.

Why make use of King Shaka Airport Taxi Services

Payment for a taxi from King Shaka Airport can be done via cash or card with the driver of the taxi or taken care of online during the booking.

Book early to avoid any price increase that may occur during peak periods such as during major holidays when many more people will be travelling.

The meet and greet service provided by King Shaka Airport taxi services is when taxi drivers will meet passengers right outside of the arrivals gate after luggage has been collected. Passengers will be alerted to their driver by means of signage stating their name. This way they will be led to their taxi with the driver and have help with their luggage. It is especially beneficial to people who are not familiar with the King Shaka International Airport and do not know their way around. King Shaka Airport taxi drivers offer a personal welcome to the city allowing passengers an opportunity to not feel lonely in a different city. 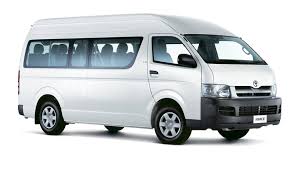 What to do in Durban

Even if you are here for a work visit, you would probably have some down time and Durban has an amazing array of things to see and do.

Take a leisurely stroll along the Golden Mile, or enjoy a beautiful outing at the Durban Botanical Gardens, Mitchell Park Zoo or Umgeni Bird Park

There’s fun for the whole family at the Suncoast Casino and Entertainment World with movies, kiddies games areas, gambling areas, choice restaurants, nightclub and even a spa

The Gateway Theater or Shopping is also fun for the entire family as is the uShaka Marine World with its adventurous water slides and larger than life aquariums.

Many tourists make the mistake of underestimating the rich historical sites to be seen in and around Durban, and the KwaZulu-Natal province as a whole. You would remiss not to hop on a taxi from King Shaka airport to at least a few of these fascinating finds from the past.

Hailing a taxi from King Shaka airport and getting around

The good news is that Durban, with all its near-Carribbean tropical charm and laid-back luster, is modern in its private taxi offering. Most locals get around by car, public bus or train, but the public transport system can be slightly tricky to get used to if you’re expecting the slickly integrated systems in the UK, US or Far East.

Private car hire is fine if you’re happy to hassle around with paperwork, extra insurance hidden costs and waivers, and, sometimes, a lack of cars for hire in peak season. Your best bet is to take a taxi from King Shaka airport as, generally, the Durban airport taxi cost is reasonable, the Uber-like services running in the city are reliable and always on standby, and you won’t have to worry about what happens if you’re driving and happen to make an accident! 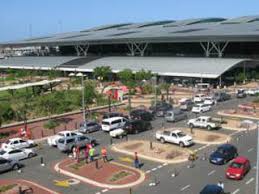 Whenever you hop on a taxi from King Shaka airport, you’re also always bound to find the same thing: the drivers are knowledgeable, and more than happy to give you their take on where you’re going. Think of it as an informal tour, on the house.

When it comes to working out your Durban airport taxi cost, the private taxis you’ll find are well regulated and transparent: Ask about minimum charges; discounted rates depending on mileage, where you are going to or have to picked up; the local Rand rate from which the metre begins, to recover getting from a certain point to pick you up (usually about R10 or R12), and any applicable discount in rates if you pay upfront or book within a certain period before the time.

In general, as rates are metred and set Uber-style, you should refrain from bargaining regarding your Durban airport taxi cost – most drivers are actually quite skilled and regard themselves as semi-professionals in their own right. Rates are hardly ever budget-breaking and rogue operators are almost non-existent. And, as the saying goes, you cannot put a price tag on safety and peace of mind.

This is probably the pre-eminent landmark in Durban. It was built in 1910, and it’s distinctive Edwardian style features characteristic columns and pillars, a unique copper dome, and also houses the Municipal Library, National Science Museum,  an art gallery and Durban museum. It is open every day and there is no entrance fee.

Evoking a nostalgic time gone by with its Victorian-style feel, this station is one of the commemorated places of quiet defiance by Mahatma Ghandi, who purchased a first-class ticket to Johannesburg here at a time when it was unthinkable for Indians to do so. Indeed, you’ll find a prominent statue of Ghandi inside. This building also happens to be the assembly or walking point for many walking and other tours in and around Durban.

Don’t miss it if you’re a general train fanatic or lover of Indian cuisine – there are quite a few local dishes to indulge in! 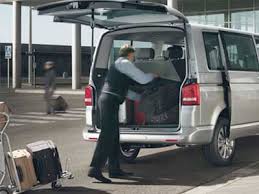 Durban has more than its fair share of museums but this ‘by the people, for the people’ curation of culture, perspective and important events is different in that its content has been resident-driven. Unlike the authoritative bodies who govern which highlights are museum-worthy, this is a story told by the locals. An important one too, considering the bias and divisions of the past.

This 1954 tower stands out on this picturesque shoreline. If ever there were a destination for your taxi from King Shaka aiport, Umhlanga as a whole wouldn’t disappoint with its pristine beaches, unreal views, the lighthouse and nearby Oyster Box hotel. It is at this award-winning hotel that the lighthouse is actually operated from, having served in the past to warn ships of venturing too close to the tricky shoreline and embankment with a red light.

Why not make your first stop in your taxi from King Shaka airport to here, the largest mosque in the southern hemisphere? It’s not the Taj Mahal because let’s face it, what is, but its marble and ornate splendor is a sight to behold nonetheless. It was originally build in 1881 and is considered to be one of the architectural highlights of the city.

This Durban landmark was built in 1860 for the Indian settlers. It was one of three temples, the other two having been demolished to make way for modern buildings. The unmistakable spirit of place lingers at this holy site which you should make a point of visiting – either on your own, or as part of a city temple tour package.

The Hindu community here is a thriving one, and often you’ll be able to tuck into fine, top quality vegetarian and vegan meals at very affordable prices. Remember to dress fairly demurely, although no rigid requirements for modest are enforced. The local communities are tolerant but, as always, appreciation is best shown with a bit of deference for the cultural norms and expectations.

Also make sure to visit the lavish, exquisitely adorned, lotus-shaped Hare Krishna temple in Chatsworth, another major tourist attraction. This is where to sample the best meat-free meals in town… happy temple traipsing!